These 10 Common Webinar Misconceptions Are Your Opportunity

A customer focused, educational, well-executed webinar can generate thousands of registrants and attendees. The problem is that most companies who try webinars just get it wrong and then give up, proving to themselves and their stakeholders that webinars indeed do not work. Webinars do work, and they are fantastic quality lead generators. If you can get past the misconceptions about webinars, you might be surprised about the power of a well-done webinar to increase market share, enhance engagement and increase awareness in your marketplace.

and is not just about you and your company, it will not be boring to your target audience. Webinars are boring if they are not relevant and not useful. Webinars are interesting and even entertaining if the topic is germane and the execution is strong.

Misconception #2 - Webinars don't work. As mentioned above, poorly executed webinars that are about the company and its products don't work. It's a bit of a self-fulfilling prophecy. More often than not, it plays out something like this: someone at a company decides to give webinars a try. They ask around and decide to put on a webinar about their latest new product launch and the most recent press release. They put together the material straight out of the web page, data sheet and the press release. Maybe they even get the CEO to introduce the webinar where he or she talks about how great the company is and why everyone should revere their products. The invitation goes out, and it immediately flops. Ten people sign up. They go ahead with the webinar test plan, excited about the live broadcast in spite of the low interest. The day of the live show arrives, and only two people sign on. Boom! The consensus is that webinars don't work.

I've seen this scenario play out over and over again. On the flip side, when a company chooses a topic that helps the people in their target audience to be better, relieve pain or achieve something important, the registrations flood in and the attendees jam the virtual doors. Webinars with an active, audience-focused topic do work, and they work spectacularly!

Misconception #3 - Nobody attends live webinars. Typically, attendance rates for webinars with high engagement topics will see a 50% attendance rate. Yes, it is easy to blow off a webinar in favor of a tap on the shoulder from your boss or an impromptu meeting, but if the topic is relevant, most of those who do not attend the live event will listen to the recording or, at least, peruse the slide deck. I can't stress this enough; if the topic is useful and relevant to your target audience, people will attend. The most successful webinar I ever created had about 2500 registrants. About 800 attended the live event, and 1300 watched the recorded webinar. Yes, people do participate in webinars if they find the material useful. If the audience sees value in the webinar, they will find a way to attend.

Misconception #4 - People in my market aren't on their computers all day, so it's impossible for them to attend a webinar. Once again, if the topic is useful for them, they will find a way to attend the live broadcast or, at least, to watch the recording at home or on their mobile device. I've presented webinars to factory workers, warehouse workers and others who rarely sit in front of a computer during the day, but find the time to fill up a conference room or watch the recording after hours because they saw the topic as useful.

Misconception #5 - Webinars are easy to do. Poor webinars are easy. Engaging and useful webinars are difficult, requiring an investment of time and money to be successful. Is it worth the investment? You bet! Well done webinars have some of the highest ROI of any marketing tactic I've used. The reason they are difficult is due to the myriad of details. It helps to have someone own the webinar with responsibility and authority to make it happen. It also helps to have a proven template to help guide the selection of a topic and the timeline from creation to broadcast to follow up activities.

Misconception #6 - Webinars are expensive and time-consuming. Cost per lead for a webinar is among the lowest possible of most marketing tactics. Perhaps the first webinar will take some extra time, but after you have a cadence and a process in place, scaling is easy. Consider the cost of a typical trade show booth lead at about $250 per lead. By most B2B benchmarks, a standard top-of-funnel lead costs about $45. Webinar leads are usually less than $10 per lead and of higher quality than leads generated by most other marketing tactics.

Misconception #7 - A webinar is just a voice over a slide deck. Poorly done (boring) webinars will consist of one person talking about one slide after another. Perhaps the reason most people have such a negative perception about webinars is that they have attended so many bad webinars. Engaging webinars include more than one voice/personality. Really good webinars use polls, surveys, quizzes and question/answer sessions to engage the audience. Webinars can include videos or other media options as well. Some webinars also include a live video feed of the presenter.

Misconception #8 - Webinars are just new product launch promotions. This is the single driving force behind all of these misconceptions. Let me be completely clear. Product based webinars will fail. Webinars with a topic about something the audience cares about will be very successful. Don't waste your time putting together a webinar about your product or service because nobody will sign up. Not sure how educating your audience translates into more business.

Misconception #9 - I can use my virtual meeting service for webinars. Virtual meeting tools do not provide enough features nor enough seats for a properly executed webinar. You could probably pull it off, but it would end up proving the point that webinars don't work. It will require more time and cause a lot more frustration. Pay for a platform designed for webinar production. You'll be more effective, and the attendee experience will be much, much better. Some vendors to consider include ReadyTalk, Gotowebinar, ON24, WebEx and Adobe Connect.

Misconception #10 - Webinars are a one-way conversation and, therefore, not engaging. If you follow best practices in selecting your topic, platform, speakers, promotion, broadcasting and follow up, your webinar will be a two-way conversation with highly qualified and interested people who make up your target audience. Nearly all webinar platforms do allow for real-time interaction with the audience. Creating a webinar that is a 2-way conversation is possible and is a best practice for lead generating webinars.

5 Key Benefits of IoT in the Manufacturing Industry 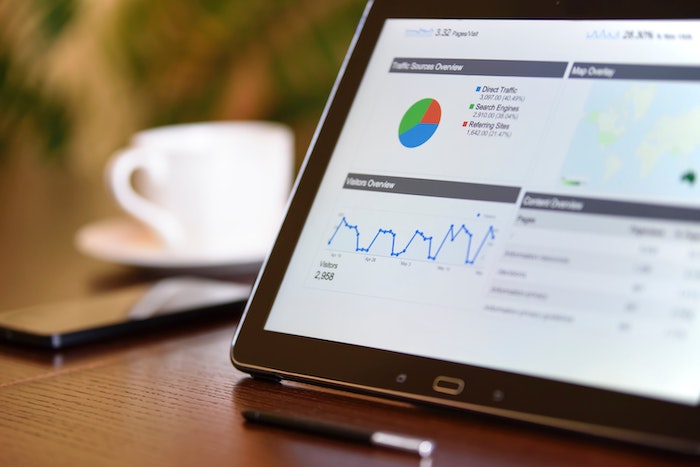 Offices in Colorado and Virginia